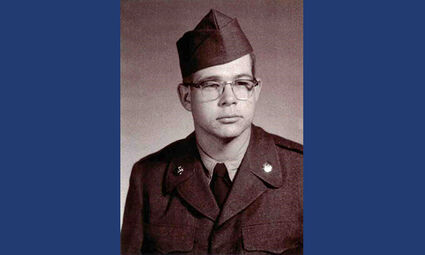 Vance was born to Harold W. Price and Verna Melvina (Hurst) Price of Waitsburg, Washington, on May 11, 1934.

Vance was raised on the family farm in Waitsburg, along with his sister, Donna, and his uncle, Lyman "Ike" Hurst, who made a great impact on his life. He graduated from Waitsburg High School in 1952 and attended Central Washington University in Ellensburg for two years. He then enlisted in the Army in April of 1954 and received a medical discharge in August of 1954. In July of 1955, he married Joann Carol Carson of Dayton, Washington. They had three children.

During this time, Vance and Joann moved to Seattle, Washington, where Vance was employed with Boeing, and their first daughter, Berneice, was born. The family returned to Waitsburg to live, where their son, Steven, and another daughter, Leslie, were born. In order for Vance to pursue an education as a photographer, the family moved to Santa Barbara, California, where Vance attended Brooks Institute of Photography.

His career in photography took the family to various locations around the country, including Missoula, Montana, Defiance, Ohio, and Beaverton, Oregon. His final job was with the "Oregonian" newspaper of Portland, Oregon as their photo lab manager. He instilled in his children a love for the outdoors with the various hiking, camping, and canoeing trips that the family took together. While living in Oregon, Vance and Joann divorced.

In 2001, Vance left Oregon and returned to the town of Waitsburg to live. While there, he met and married Judy (Smith) Price of Dayton. In December 2009, he and Judy were married and continued to live in Waitsburg.

He enjoyed working on his 1987 Ford van, which he had converted for camping and equipped with any and all types of gadgets. He was able to make many trips in his van, including driving to Alaska, to the East coast to see the fall colors, and a backroads trip in Oregon. He was an avid photographer, taking many wonderful photographs on each trip. He was an active member of the Walla Walla Photo club and loved to take and print scenic pictures. He won several awards for his photographs. He also ran for mayor of Waitsburg in 2005.

As Vance and Judy aged, they were greatly helped by Judy's daughter, Catherine Ann Smith. She helped with cooking, errands, and "doctoring." Her assistance greatly benefited Vance's well-being.

Vance was preceded in death by his mother and father, and his sister Donna Luverne (Price) Keeney. Survivors include his wife Judy Price, his children: Berneice Joann (Price) Koelbl of Cut Bank, Montana; Steven Vance Price of Welches, Oregon, and Leslie (Price) Boettcher of Beaverton, Oregon along with numerous grandchildren, great-grandchildren, nieces, and nephews.

A graveside service will be held at the Waitsburg Cemetery on Tuesday, July 12, at 11:00 a.m. This will be followed by a reception luncheon at the United Brethren Church of Dayton at about 12:00.

Donations can be made in Vance's name to the "Wounded Warrior Project."