MLB changing the baseball is nothing new 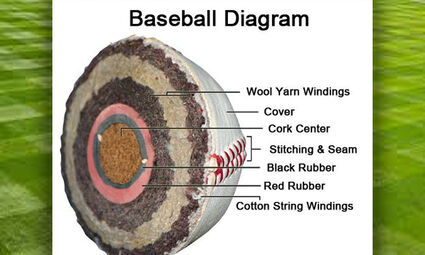 Baseball has made several changes to the ball over the game's history. Before 1876 baseballs were not uniform. Pitchers made the balls used in games, and no two were alike. In 1876 the National League was founded, and a pitcher named A.G. Spalding convinced the league to use his design with a rubber core as the model. It was the beginning of a partnership that would last for a century and create the company called Spalding Sports goods that still exists today.

During the 1910 World Series, the league approved modifying the game ball to use a center core made of cork. Home runs and runs scor...