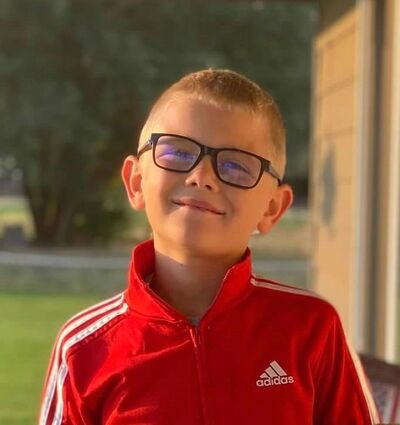 WAITSBURG—On May 30, Waitsburg-youngster Jace Grende was life-flighted to Harborview Medical Center with a spontaneous brain bleed. There, it was discovered that Jace had a brain tumor, and a successful surgery removed most of the glioma that was discovered. A secondary tumor was found on his thalamus and is inoperable. Jace has a long road ahead of him, but he’s a tough kid and is giving cancer the biggest fight yet.

Jace, his parents, Brad and Abby, and his two little brothers live in Waitsburg. Abby is now staying in Seattle with Jace, and Brad is traveling back and forth.

Doctors have told the family that it could be weeks before Jace fully wakes up from the side effects of the brain surgeries, and that rehab could take months.

Donation funds to help the family with extra medical and travel expenses have been set up at the Waitsburg and Dayton Banner Bank branches. The family has also created a Venmo account which is available to donors through the QR code printed below.