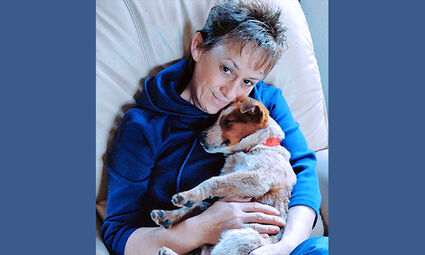 Judy was born on February 19, 1955, to Doris Estelle Criss and James Wayne Alexander in Walla Walla, Wash. She attended Walla Walla schools and graduated from WaHi in 1972.

She enjoyed a full and varied life after high school, working for a variety of employers as far away as Alaska, before marrying Willis (Bill) Rowland in 1986 in Dayton. He was the love of her life. They enjoyed spending time together in the Blue Mountains camping, fishing and hunting. They did not have any children together, but Judy helped raise the youngest of Bill's five children, Billy Rowland.

After working a variety of clerical jobs around Dayton, including at the Dayton General Hospital, Dayton Chronicle, Banner Bank, the former DQS and McQuary's grocery store, Judy assumed the reins at Rooster's Brew, a drive-thru coffee shop at Dayton's west end in March 2006. Judy served up espresso drinks, smoothies and other specialty drinks like her very popular chai to loyal customers. Every drink was handed over with a smile and a friendly "Here ya go, honey." Even after Judy reached retirement age, she kept working, insisting that her customers were a vital part of her life, and she couldn't imagine life without them.

Judy was preceded in death by her parents and husband.

She is survived by her siblings, Ronald Alexander, Richard Alexander, Janet Opp and Robert Alexander, and three stepchildren.

A celebration of life will be held from 2-4 p.m. on Friday April 8, 2022, at 800 North Touchet Road, outside of Dayton. The gathering will be in the barn on the property.