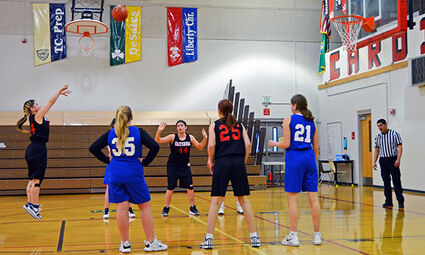 The team played in three games last week. They traveled to Rogers Adventist School in College Place on Monday, February 14th and lost 34-26.

On Wednesday, February 16th, the Prescott Tigers came to Waitsburg. The Wolfpack fell behind early in the game, 10-0, but battled back for a loss in a close game, 24-23.

Thursday, February 17th, DW had a rematch with Rogers. It was an extremely physical game with about 20 fouls called in the second half. The DW girls won 28-...