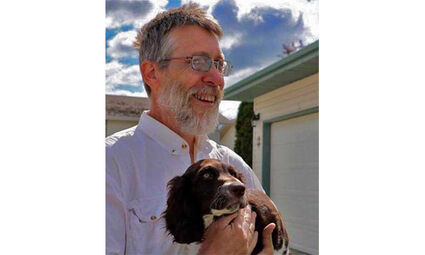 He was born to Alvin and Alice Shutters in Ridgway, Pennsylvania on March 24, 1967, joining brother Alvin and sister Karen.

Marvin's love of the outdoors began at an early age. He roamed the woods, fields, and streams around the family home in Weedville, Pennsylvania, either on foot or horseback. Marvin and his siblings spent summers haying and selling vegetables they raised. Hunting with his dad, brother, and sister was one of his favorite activities. He was an avid hunter throughout his life.

Marvin attended Bennetts Valley Elementary School, graduating from St. Mary's Area High School in 1985. He earned his Bachelor of Science from Penn State and his Master of Science from Oklahoma State University.

He was employed by the US Army Corps of Engineers for nearly 25 years, most recently at the Walla Walla District where he served as the expert biologist on fish passage and hydro turbine design. His attention to detail and commitment to the Corps were enhanced by his sense of humor and willingness to mentor others.

Marvin married Linda Weistaner in 1999, and in 2006, they welcomed daughter Sarah. The family, accompanied by dog Felix, enjoyed camping, hiking, and canoeing. Marvin was an attentive father, enthusiastically supporting Sarah in everything she did. He was a steady, deep, and joyful life companion for Linda.

Marvin helped with Dayton's Mule Mania celebrations and belonged to several organizations including the Deutscher Wachtelhund of North America Club and Rocky Mountain Elk Foundation. He was an active member of First United Methodist Church.