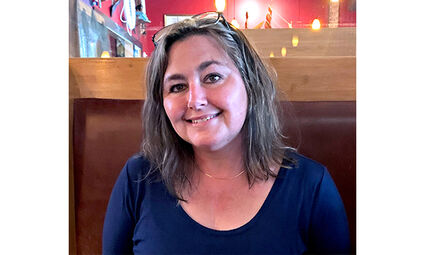 She was born in Pendleton to Connie Morris and Geary McKusick. "Nici" attended Milton-Freewater, Touchet, and Walla Walla Public Schools made lifelong friends, and knew how to make a lot of mischief. It was during a low point in her young life when she became addicted to drugs. After some struggles, she realized that acceptance and surrender were the keys. She turned her life around and was born again in Christ.

In 2002, Nichole met Joshua G. Wood, and after a whirlwind romance, they married on April 25th, 2003. Nichole was blessed with the arrival of two children, Mya Lynn (17) and Zechariah "Zacky" James (16), who inspired her to become her best self. She never took these blessings for granted and was their number one cheerleader. She did everything for her kids and supported them in every possible way.

Nichole shared her love for Jesus by attending multiple churches in the Walla Walla and Tri-Cities area. In 2015, she became a sister in the Washington State of P.E.O., Chapter BE – Waitsburg. She volunteered her time by helping others with addiction and life issues. She also was an active and involved parent with 4-H, sports, and anything else her kids endeavored. Her excess in energy was greatly appreciated as a parent helper in the Walla Walla and Waitsburg School Districts.

Nichole enjoyed a vastly extended family network and is survived by her 101yr old grandmother (Cassie McKusick), her husband (Josh Wood), her daughter (Mya), and her son (Zack). Her mother, Connie, preceded Nichole in death on September 27th, 2021, and her grandfather, Harry Stevenson, two weeks prior. All three succumbed to complications due to the COVID-19 virus. Her father, Geary, preceded her in death on March 19th, 2019. She also had threre half-sisters that she tried to stay in contact with, Lisa, Erin, and Jenifer McKusick.

Nichole was a devoted Christian, loving wife, and mother who was loved, is missed, and will always be cherished.

A Celebration of Life is scheduled for November 08, 2021, at 7 p.m. in the main auditorium of Life Church, Walla Walla.