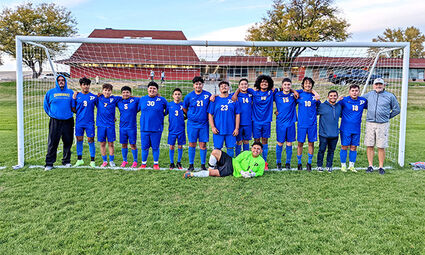 PRESCOTT – Prescott decisively won their ninth game of the season over the Umatilla Vikings 11-0 on October 19. Vicente Garcia opened the scoring early in the first half on a pass from Brandon Caro to make the score 1-0. Moments later, Adrian Rubio scored an unassisted goal to put Prescott up 2-0.

From there, the Tigers kept putting pressure on their opponent's defense with scoring opportunities nearly every time they had possession near the Vikings' goal. Umatilla's goaltender made several saves in the first half despite all the breakaways given up by his defense. Adrian Rubio scored th...