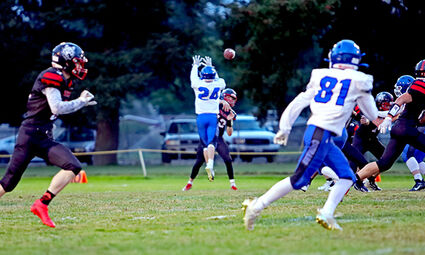 WAITSBURG/DAYTON-Wolfpack Football lost their home opener against the Warden Cougars 0-54 on Thursday, September 30.

The football game pitting Dayton-Waitsburg's mighty Wolfpack and Warden's prowling Cougars on September 30 was one to remember- though, not in the way many of us home fans would have hoped: a striking 0-54 loss against the opponent, though painfully one-sided, doesn't mean our boys didn't give it their all.