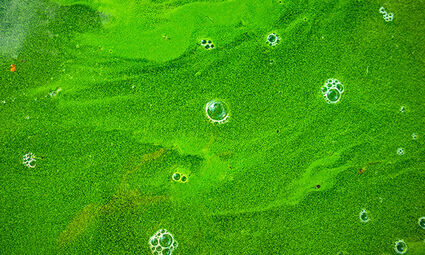 Toxic algae blooms can be deadly for both humans and animals. Headlines coming out of California last month were a testament to the deadly nature of toxic blooms. In August, a Northern California couple, their one-year-old daughter and the family dog were found dead on a remote trail in the Sierra National Forest, near Mariposa, Calif. The couple were reported to be avid hikers. The trail and surrounding areas were initially closed and treated as hazmat sites over concerns that potentially toxic gases were being released from old nearby mines, the LA Times reported, but gases were ruled out. Now, officials are investigating the possibility of toxic algae or other hazards that may have contributed to the deaths.

At least three dogs have fallen victim to toxic algae bloom on the Columbia River, just north of the Tri-Cities.

The first report was received by the Benton Franklin Health District on Monday, September 13, and by the end of the day, the health officials were looking into the death of two other dogs who were swimming near Leslie Groves and Howard Amon parks.

All three dogs are suspected to have been affected by Harmful Algae Bloom, or HABS, rapid growth of algae or cyanobacteria (blue-green algae) that can be harmful to people, animals, and the local ecology.