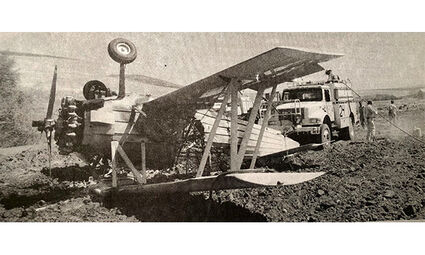 It was never Wyatt Withers' sole inspiration for going in the Navy, but once he had decided to join it certainly helped having a grandfather who had served in the same branch many decades ago. Choosing to be "seasick over digging a fox hole," longtime local farmer Jack McCaw went to amphibian training school in preparation of the Allied invasion of Japan when the atomic bombs were dropped on Hiroshima and Nagasaki. He became part of Gen. Douglas MacArthur's occupation force in Japan and spent eight months there after that country's s...