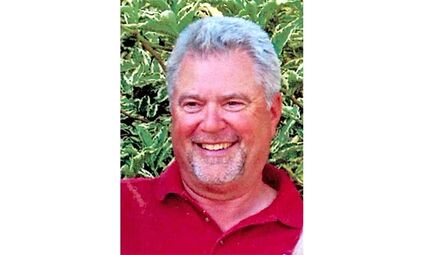 Sherman was born in Chewelah, Washington, to Robert R. Thomas and Anna C. Thomas. He lost his fight against brain cancer on July 26, 2021, at the Booker Rest Home in Dayton, Washington. He peacefully went to sleep in his bed.

Sherman attended school in Colville, Washington, until 1963 when the family relocated to Dayton, Washington. He graduated from Dayton High School in 1967. Sherman spent two years at the Yakima Valley Community College. In 1970 he enlisted into the Army Reserve. He received his basic training at Fort Bragg, North Carolina, and Fort Sam Houston Army Hospital in Texas. Upon his return, he married Donna Trump. Together they returned to Cheney, Washington, and continued in college. After graduating, Sherm did his student teaching at Shadle Park High School in Spokane.

He was hired by Pacific Power as a meter reader, then as a line crew truck driver, then as a warehouseman, and retired as an estimator. Never shy of hard work, they built a beautiful home on the South Patit Road where they raised three sons, Andy, Ben, and Mathew. Sherm and Donna later divorced.

He enjoyed all sports, especially baseball. He played many years of slo-pitch softball. He was active in helping coach his sons in baseball, shooting baskets, and golfing. Sherm and his loving wife of the last 23 years, Robin, enjoyed their trips to the mountains mushrooming and cutting firewood. Robin and Sherm opened Lavender's R-US in Waitsburg. They enjoyed taking crafts from the business to swap meets and flea markets. Making new friends all along the way. Everyone that Sherm met or worked with seemed to like him, and he received no higher praise than that.

He was preceded in death by an infant daughter Jessie Lea Thomas and by his parents. He is survived by his wife, Robin, at home in Dayton; son Andy and his wife Joanna with grandson Gavin in Makawao, Hawaii; son Ben and wife Bethany with grandsons Oliver and Charlie and granddaughter Emma of McCall, Idaho; son Mathew of Clarkston, Washington, his first wife Donna, also in Clarkston and his brother, Norm Thomas of Dayton.

A graveside service will be announced at a later date. The family suggests donations be made to the Nysoe Foundation, c/o Dain Nysoe, 216 S. 1st St., Dayton, WA. 99328. The family especially wants to thank the staff at Booker Rest Home.

Hubbard-Rogg Funeral Home in Dayton is in charge of the arrangements.