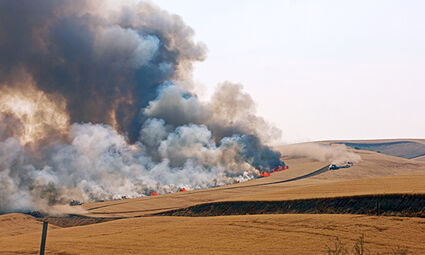 Washington State Senator Perry Dozier was one of three farmers who jumped into action on August 2, when a fire broke out on Middle Waitsburg Road, off Highway 12 and barely outside of city limits.

The fire was initially reported at 2:51 p.m. Within 15 minutes, quick-thinking farmers Perry Dozier, Glen Smith, and Greg Smith had established a disc line around the fire. In farming communities, it is crucial for the farmers and fire districts to work together in order to quickly get ahead of crop fires. Farmers can...