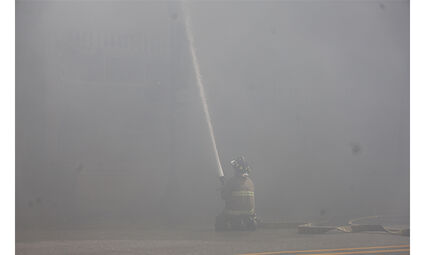 DAYTON-The Dayton Eagles building caught fire around 3:00 p.m. on Tuesday, June 8, and was quickly, fully involved. The fire appeared to be contained just before 5:30 p.m, as firefighters from College Place entered the building to check for 'hot spots, according to a social media post by Columbia County Port Director, Jennie Dickinson.

Reports of a firefighter being "stuck on the second fl...