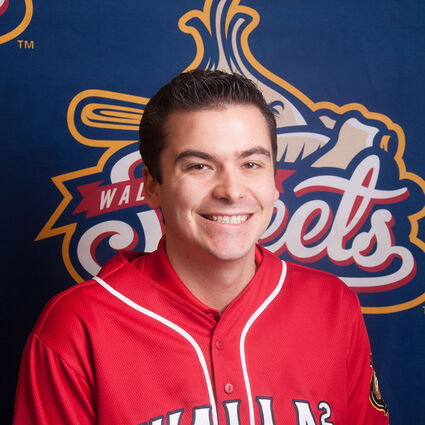 On May 26, 2021, I had a chance to interview Cody Miller, the general manager of the Walla Walla Sweets Baseball team. In three years, this WSU graduate from Twinsburg Ohio, rose through the ranks to become general manager of this professionally managed club in the West Coast League. After a challenging year for all sports, I wanted to check in with this hometown team.

What is seating going to look like with COVID-19 protocols?

"So, seating right now is under current guidelines from the state and our local county health department. We are looking at about five hundred fifty fans per night to start the season. We will have some social distancing measures in the stands and on the concourse where appropriate. We are hopeful that by the end of June, based on the governor's statement about a couple of weeks ago that we can open up to more capacity."

How many tickets do you think will be available for the first few weeks?

"I'm seeing probably about no more than two hundred per game are going to be available for sale to the general public after we accommodate for everyone else." [Host families and season ticket holders]

Are you still doing the ticket packages with fireworks after the game?

"We are still doing promotion giveaways and fireworks. We've got three fireworks games this year, opening, closing, and our July 3rd game since we don't have one on the 4th. We'll still have some voucher packages available for people to purchase too."

What theme nights are you planning for the season?

"So we have a Fourth of July celebration on the 3rd, which is the fireworks show. We have a couple of giveaways at the beginning and end of the season, like a blanket giveaway. We have a hat giveaway to start out the season. We're looking to add more as we go along. We are doing some Thirsty Thursdays where we are going to do some beer specials. We are also working on doing Taco Tuesdays with a sponsor of ours."

Have you seen an uptick in player interest since MLB removed several minor league affiliates?

"I think what honestly affected us this year was that we have five Canadian teams in our West Coast League that were unable to play this year due to crowd sizing restrictions in the Canadian provinces of Alberta and British Columbia. So, what we saw was when that went down in March we saw an uptick in players reaching out to play. Unfortunately, their summer was not able to happen north of the border. So that's the uptick we've seen honestly for the most part. That's kind of where we saw our player interest come from once that happened."

Do you have a couple of players fans should keep an eye on this season?

"We have several returning players. We have a local kid, Travis Craven, who just finished up his last season at Whitman. He was on our 2019 playoff team was a great performer for us that year and we are looking forward to having him back in the rotation trying to lead that and be kind of a leader for the new guys coming in. Chazz Martinez, who really had a great year in 2019 is coming in as well. He's coming off a great season at his college as well. We have high hopes for him this summer. But really the whole roster is very talented, and our coaches did a great job of recruiting the best guys they could. And I think it's going to be every position is going to have someone you are going to look at and say wow there is some real talent there. But those are the first kids that pop out of my mind but really the whole roster I think will be very talented top to bottom."

Where do you recruit from?

"So recruiting is kind of just based on your coach's connections in the college. The majority of our kids are west of the Rocky Mountains. We do have some kids coming in from the east side of the country from St. John's; we actually have three kids coming from there but two of them have connections to the west coast or have played out here previously. I'd say that's where ninety-nine percent of our roster is going to come from is states west of the Rockies. We've got a couple of UCLA kids, we've got an Arizona kid, and a bunch of other PAC-12 schools and a lot of California kids coming as well. Though I'd say that's where the majority of this year is but it varies year to year. That's just how it happened to work out this year."