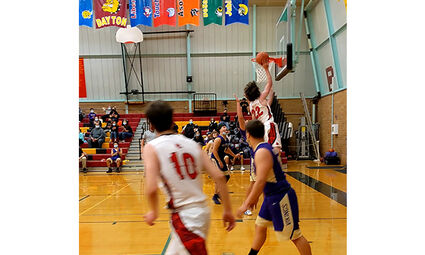 DAYTON-With the first week of play complete, the DW boys basketball team started with a 2-1 record on the season with wins on the road over Walla Walla Valley Academy 42-27 and Riverview 54-44. The only loss of the season so far came at home in Dayton against Mabton 33-29.

The boys took an early lead in the Mabton game thanks to Mason Finney, who hit a three-pointer to open the scoring. They would lead in this one until the fourth quarter, still stuck at twenty-two points until five minutes to go into the fourth quarter. Five for nineteen shooting in the second half and making just two of...