By The Lost Apple Project
The Times 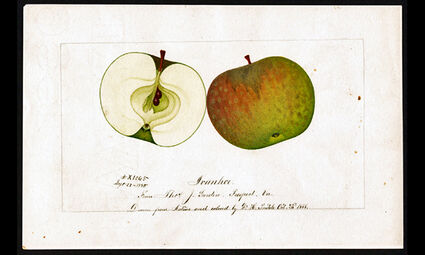 Seven apple varieties, previously believed lost or extinct, have been found in old orchards in Washington, Oregon, and Idaho, according to a joint press release by The Temperate Orchard Conservancy (TOC) and The Lost Apple Project (LAP). The re-discovered apples include the Almota, Carlough, Eper, Iowa Flat, Ivanhoe, Kay, and Steptoe. A team of volunteers from the LAP collected the apples in the fall of 2020 and passed them to the TOC, who identified them. The two cooperating projects have now identified a total of 29 apples once thought to be extinct.