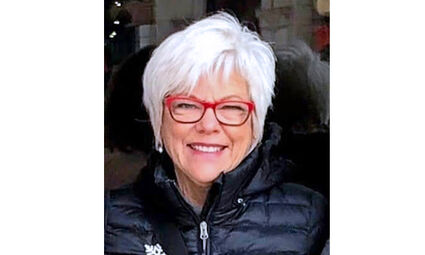 On April 3, 1976, she married Larry Conover and together they raised three daughters, Sandra, Diane and Jane.

Pam wore many hats throughout her life as daughter, sister, wife, mother, teacher, friend, missionary and most importantly child of God. Most have been touched by Pam through her role as teacher. She devoted 35 years to the youth of our area mainly as a kindergarten and 5/6th grade teacher. Pam's classroom was filled with rules and expectations but also fun through science experiments, creative art projects and even trips to FL. Epcot Center, Seattle Mariners games, and 5th grade ski trips to Bluewood. Even after her retirement Pam continued the role of educator by volunteering her time and resources in area classrooms and homes.

Pam had a heart for all God's children young and old and this was evident in her mission work at home and abroad. Pam took several trips to Guatemala and Zambia sharing her testimony and God's word. She was a spiritual pillar of the Waitsburg community of faith.

To list all the organizations that Pam supported and actively participated in would require a paper in itself. In short she was a woman of action. When Pam saw a need she took care of it herself or found the right people to put the wheels in motion. She was instrumental in the establishment of the Waitsburg Resource Center. Pam was a go-getter to the end and not one to sit on the sidelines. She was active in the Chapter BE PEO and the Washington State School Retirees Association, among many other community groups.

Pam's upbringing in the Puget Sound fostered her love for the outdoors (fitting for a farm wife). She found peace and inspiration in the quiet of nature that was often expressed through her artwork.

Pam's greatest treasure was her family and friends. She always made an effort to follow and support her kids (and favorite son-in law, they are still trying to figure out which one that is) and grandkids in their education, sports and hobbies. Pam encouraged them to trust God and step out in faith to the adventure ahead. Those that have been blessed by knowing Pam can agree that she has a sense of humor. With that being said, we are sure she has God in line and Heaven in order.

Graveside services will be held at 2:00PM on Saturday, May 8, 2021 at the Waitsburg City Cemetery with a celebration of life to follow.

In lieu of flowers, memorial contributions may be made to the Shriner's Hospital of Spokane, UW Lung Cancer Research or the Carnegie Picture Lab through the Herring Groseclose Funeral Home, 315 W. Alder St., Walla Walla, WA. Online condolences may be left for the family at http://www.herringgroseclose.com.