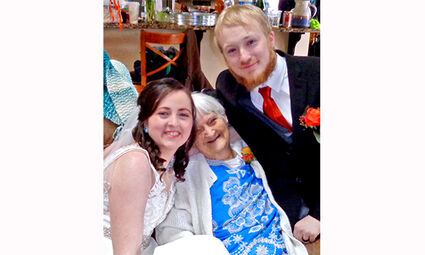 On April 19, 2021, Sara Joan Wilson lost her valiant battle with cancer passing away at her home in Walla Walla. Sara was born on February 10, 1939, at the family home at Yuma, Colorado to Alexander and Bertha Jones. She was the third youngest of 11 children. In 1941 her father moved the family to Hermiston, Ore for work at the Umatilla Army Depot. She attended Hermiston schools and graduated in 1956.

In 1958 she met her future husband (James "Jim" A. Wilson) at the movie drive-in when she was supposed to be at a church Bible study. The next day Jim drove out to her home. They married on August 23, 1959, in Hermiston. They lived in Seattle and Sedro-Woolley until moving to Waitsburg in 1961. They then moved from Waitsburg to Hermiston in 1965 after being flooded out in the 1964/1965 floods. Sara worked at the Umatilla Army Depot until they returned to Waitsburg in 1973. She then worked summers at the Green Giant Cannery in Waitsburg and as a clerk at the Waitsburg Post Office until her retirement in 1995. During this time, she raised three children. She moved to Walla Walla in the fall of 2019 to be closer to her daughter.

She was known in Waitsburg for her candy making, generosity, her cheerfulness, and her kindness. After her retirement, she traveled extensively with her husband Jim (until his death in 2005) and with her sister Doris. Family and friends were very important to her and she kept up correspondence with family members and friends throughout her life. Visiting them during her travels was one of the joys of her life. She was also a member of Columbia Grange in Hermiston. She will be missed and remembered by the many lives that she touched.

The family send heartfelt thanks to Walla Walla Hospice for their support and guidance the last weeks of Sara's life.

Memorials may be sent to Waitsburg PEO Chapter BE for its Citizenship Award to an educational scholarship to a Waitsburg graduating senior through the Herring Groseclose Funeral Home. A Celebration of Life will be held later this year.