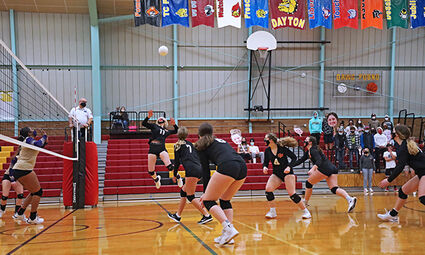 "The team worked hard tonight and continues to gain confidence in themselves and each other with every game we play," said coach Tracy Barron.

For the pandemic season's final ga...