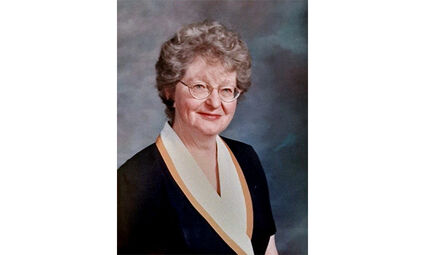 Ginny's love of her life was her friend, partner and guide, Joe. Their love of nature included feeding squirrels ("Sammies") and counting visits of hummingbirds coming to their multiple feeders. There was not a day of her life that she didn't thank God for having put Joe in hers. Ginny and Joe decided to have engraved on their cemetery plot's stone - "Holding Hands Forever".

Funeral will be on April 10, 2021, at 11:00 at St. Mark Catholic Church, Waitsburg, WA. In lieu of flowers, Ginny would prefer contributions be made to Birthright of Walla Walla.