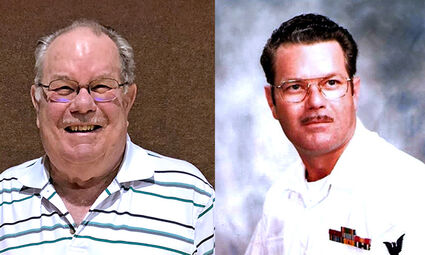 Ronald Ernest North passed away on March 9, 2021 in Scottsdale, Arizona. Ron was born in Vallejo, California on July 16, 1942 to Lyle and Thelma (Kinvig) North and grew up in Lakeview, Oregon. He joined the Air Force soon after high school and served until 1964. He later joined the Navy in 1967 and served until retirement in 1983. The Navy took him to Memphis, Tennessee where he met and married Brenda Burgess in June 1968. As an aviation electronics technician, he was stationed in San Diego, Bremerton, and Oak Harbor (VA-95), and served on the USS Kitty Hawk, the USS Coral Sea, and the USS America. He was also assigned as a recruiter in San Mateo and Redwood City, California. After retirement from the Navy, Ron and Brenda lived in Alger, Washington for 26 years until relocating to Dayton, Washington in 2009. While in Alger, he received an Associate's Degree from Skagit Valley College, worked in agricultural retail and vendor sales, and enjoyed working on the Alger volunteer fire department. He is survived by his wife, daughter Heather Moorman (Daren) of Finley, Washington, son Jeff North (Kristi and her daughter Nicole) of Mount Vernon, Washington, sisters Ellen Barton of La Grande, Oregon, Kate Powers of Dayton, Washington, and Mary Church (Roger) of Lakewood, Washington, as well as several nieces and nephews. Celebrations of Ron's life will be planned for Dayton and Alger in the coming months. In lieu of flowers, please consider a donation to the American Heart Association or an organization that assists Veterans in need.