By Merrilee Buroker
The Times

A real fan's reaction to 'Why the Seahawks should trade Russell Wilson NOW,'an article by Adam Shein, a contributing columnist for NFL.com. 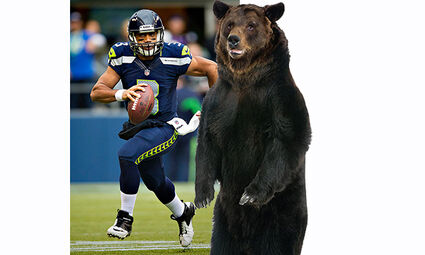 Ok, first off, the author, Adam Shein, makes some devastatingly good points. If we trade Wilson now, it's most likely the apex of his value, given his disgruntledness and the uncertain state the Seahawks seem to be in right now. Some high draft picks would be nice. The salary cap is always an issue. Bobby Wagner and KJ Wright are aging superstars. Shaquille Griffin, in my opinion, has never developed into the CB we hoped he would be. He's been good, so maybe that is unfair given the restrictions to coverage and tackling, etc.

It's not the same game it was in The Legion of Boom Era. But, still, way too many passes are completed against Griffen, in my opinion. We don't have a pass rush. You have to have a great defense to have a successful offense.

There are just so many problems with our beloved team right now. So, should we just scrap the whole thing and start over? Trade our best players to make room for new blood?  There is a TON of unbelievable talent in the NFL, but talent alone does not get the job done. In the horse world, there are lots of fast horses. But there's something else that turns talent into winning. Call it "heart," call it "a will to win." Whatever you call it, it's that IT FACTOR. Wilson has IT. And that quality, whatever you want to name it, is rare.

All this talk of trade this guy here, get that guy from over there, it's like the NFL is just one BIG fantasy football league. I'm old school. Maybe it's a woman's perspective. I think with my heart, not just my logic. My heart wants our "family" to stay together. Russell has been so endearing, with his enthusiasm and eternal optimism, and his "Go Hawks".

It's hard for me to accept that players are just commodities. There is no loyalty in professional sports anymore. It used to be that players would spend their whole career on one team. I'm glad that players have more control, more options, and can make money. Good for them. But where does that leave the Fan? I used to get frustrated with my Dad because he would abandon our Seahawks for whatever team was WINNING, while I BLEED Blue and Green. Win or lose, good times and bad.

It kinda looks like we're headed back to the bad ol' days. It will break my heart to see Wilson in a foreign uniform, saying, "Go Saints". The whole concept of Fandom, the human instinct to team up, the 'Us against them, yay for our side" mentality is fascinating in itself. Maybe it goes back to the tribal struggle for food and shelter; Yay! We got the Sabertooth tiger, and you didn't!"

We as humans tend to choose sides based on loyalty to tribe, nation, city, family, and a host of other invisible divisions. We are a Ford Man or a Dodge Gal. We are a Democrat or Republican. A Yankee or a Rebel. We choose teams in this way all the time. For some reason, it's human nature. That's why sports teams are big business. We love to choose sides and root for our tribe. So, Russell playing for another team is UNTHINKABLE TREACHERY! It would be like Stonewall Jackson suddenly deciding to play for Ulysses Grant. Rommel deciding it would be a better fit for him in the British army. Montana playing for the Chiefs. It's just WRONG.

Now I know how those cursed Patriots fans feel. Brady leaves and then wins a Superbowl for another team! That's gotta hurt, even for those dang Patriot Fans.

I gotta take a chill pill after that rant. Geez, Louis-iana. See what I did there? Wilson goes to Saints...Louisiana....CRIKEY!!!!