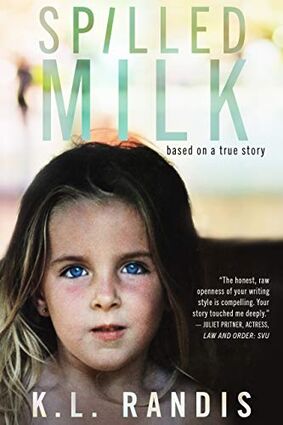 Young Brooke Nolan navigates the dangerous waters of a broken social service agency who is working to keep her abusive father in the house, rather than keep her safe. A glass of spilled milk at the dinner time forces Brooke to speak out about her abuse, and in doing so, she risks losing family support, and comes to realize that not everyone wants to be saved. Spilled Milk is based on a true story.

This book was a very emotional experience. It was told through the eyes of a six year old, who was experiencing extreme abuse, and I was committed to hearing her story once I read the first page.

In the middle of the night, Luke Ellis’ parents are murdered, and the attackers load Luke into a black Suburban. He wakes up at The Institute, where he meets the other kids with stories similar to his, known as the Front Half. As people start disappearing to the Back Half, Luke becomes increasingly desperate to escape The Institute to seek help.

Stephen King is my go-to thriller author- I have yet to be disappointed by him. The Institute is a binge read, with King creating a creepy, thrilling, yet oddly believable story.