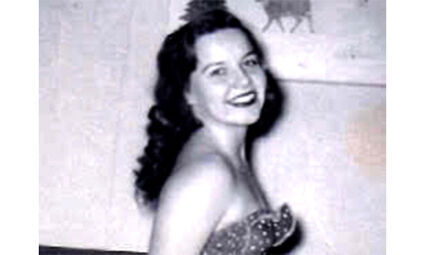 Delores Marie Nettles, born April 26th, 1940, passed away on January 24th, 2021 at Providence St. Mary's Medical Center. She is survived by her son, Scott Nettles, Grand-Daughter, Brandie Nettles, as well as numerous nieces, nephews, and many loved ones she had adopted as family over the years.

Delores moved here from Arkansas with her parents and siblings in 1948. The middle child of eight, she took on the role of caring for her entire family as early as she could, however she could. She recalled that her earliest job on the ranch was collecting eggs. At one point, she recalled fondly, she had a pet raccoon that quickly brought an end to the chickens, so she was temporarily laid off from that position. Delores went on to become a teacher, cosmetologist, and single mother in her adult years.

Delores purchased her home on 116 Bruce St where she raised both her son and contributed to raising her granddaughter. An accomplished DIY-er, she renovated that home and, with the exception of the larger scale jobs, performed her own electrical, plumbing, yard, and structural improvements. She later purchased the building at 102 Main St. in Dayton which began life as the "Chat-n-Curl" before evolving into the "Hair-n-Sun Center." Delores ran that business from 1971 until it's closure due to her declining health in 2019.

In her free time, Delores was a musically inclined person who enjoyed singing, playing guitar, and entertaining. She was also an active member of the community who served as a city council member, deacon at the First Christian Church, and Commercial Club President. She once said, "If you're going to feel that things need to change, a person needs to throw their hat in the ring and try to help." That motto was something she intertwined into every aspect of her day to day life. She was never one to stand idly by if she thought she could help someone. Delores Nettles was as fierce and dedicated as she was kind and warm. Much like the town she loved so much, she was "One of a Kind."

Graveside services will be held at Waitsburg Cemetery on Friday, February 5th 2021. Due to COVID-19 restrictions, the service will be limited to thirty (30) people. Please contact Brandie Nettles at (509) 240-7975 if you would like to attend.