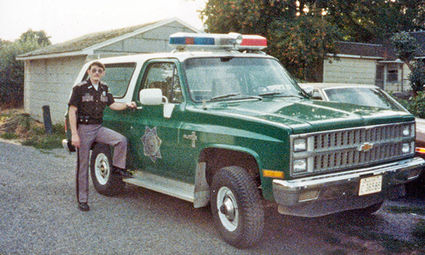 Civil Deputy Tim Quigg hit a coveted law enforcement milestone when he celebrated 40 years of service. Fondly known as 'The Fossil' within the Columbia County Sheriff's Office, Quigg has experience as both a dispatcher and an officer.

DAYTON-Civil Deputy Tim Quigg has hit a major milestone at the Columbia County Sheriff's Office. On November 21, Quigg celebrated four decades of service, with no plans to retire anytime soon.

Quigg took his first steps towards a long law enforcement career in March of 1980. He attended Washington State University, where he majored in journalism and minored in English, with aspirations of becoming a teacher or a writer.

He was working as a clerk at Freddie's Food Mart in Dayton while putting out resumes for his desired field of work. A long-time family friend, Sergeant George Mitchell of...