A brief history of the holiday that honors American Veterans 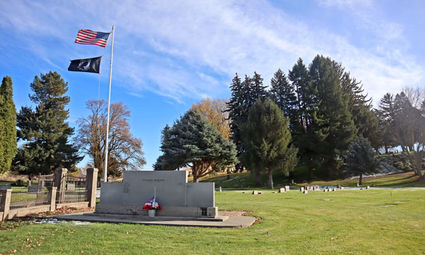 The Veterans Memorial at the Waitsburg City Cemetery stood out against blue skies on Monday, with the flag at attention. On Wednesday, November 11, veterans and their families were recognized and honored nationwide for their service in the United States Armed Forces.

In May, we remember all of the men and women who have given their lives fighting for our country. On November 11, Americans remember all veterans who have served.

Veterans Day was first celebrated as Armistice Day, recognizing the end of the First World War. The War was officially over on June 28, 1919, after the Treaty of Versailles was signed. The fighting stopped months before the Treaty, when an armistice was put into place on the eleventh hour, of the eleventh day, of the eleventh month. It wasn't until 1926 that November 11, 1918, was recognized by Congress as the end of the war. In...