Inside the matchup Seahawks vs. Bills 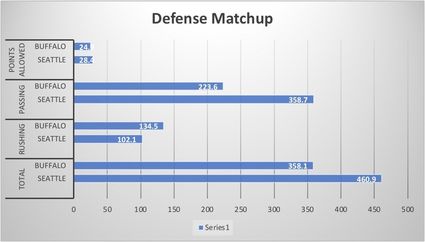 This week Seattle travels to Buffalo to play the AFC East leading Bills. The Bills are 6-2 this year and just came off a big win against the New England Patriots, who they hadn’t won a game against since 2016. At this point, Buffalo looks like a playoff team; however, they are a team that does a lot of things well but nothing exceptional.

At quarterback for Buffalo is Josh Allen. Allen was the seventh overall pick in the 2018 draft. Now in his third season in the NFL, Allen has put up some impressive statistics so far this season. He is fifth in total yards with 2,172, tied for sixth with...