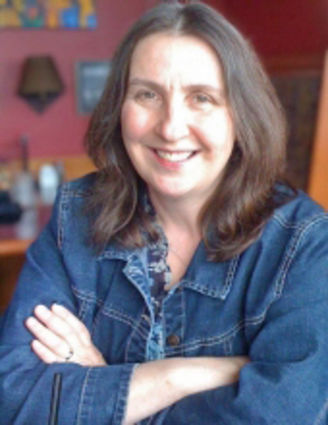 Patty Baker breathed her last on October 1, 2020 at age 66 in Quilcene, Washington. After a nine month battle with cancer, Patty is free now from that body and at last with her Lord Jesus Christ in Heaven. Her hospice care at home surrounded Patty with the loving care of her husband and her four children, present with her at the time of her death.

Born Patricia Anne French on May 7, 1954 in Seattle to Kay Joseph and Joan Margaret St Martin French, Patty was the third in a family of 14 children-Mary, Joe, Pat, Dot, Jim, Liz, John, Jerry, Cathy, Margy, Bill, Teresa, Bob, and Jean. In childhood, Patty moved from Seattle to Kennewick where she started school. Her favorite childhood memories included living in West Hurley, New York State in the Catskills, and spending summers in Selah at her Grandma's apple orchard. After a year in New York, her family settled in Moscow, Idaho, where she graduated from high school in 1972. Patty's artistic skills led her to begin studies in Art at the University of Idaho.

Surrendering herself to Christ, Patty pursued service work and ministry until meeting Charles Baker, whom she married on May 13, 1978. They lived two years in Southern California, having their first two children, then returned to Moscow where two more children joined the Baker family, all four children delivered by Patty at home.

Patty and Charlie Baker moved their family to Quilcene in 1989, and they both worked in the Quilcene Public Schools. Patty worked as a paraprofessional educator in special education with all ages of students. She also worked as a caregiver and house manager in several adult group homes through Port Townsend Options.

Patty was a beloved wife, mother, and sister. She enjoyed raising her family with her husband, being "Aunty Patty" to her nieces and nephews, and especially spending time with her grandchildren. She had a great love for nature and all creatures great and small (as long as they had no more than four legs). Patty's love of God and faith in Jesus was the cornerstone of the love, joy, and thoughtfulness that she shared with each person in her life.

Patty attributed all gifts in her life as evidence of God's grace. She was proud of her students and felt honored to be a part of the miraculous success in aiding every member of the QHS 2019 senior class to graduate. With a heart of endless love for her family, Patty also considered it a blessing to be able to donate one of her kidneys to her Aunt Sue, Uncle Fred French's wife, and celebrated twenty years since the surgery together last year. Patty's left kidney-the gift that keeps on giving-continues with Aunt Sue in good health to this day.

Patty Baker is survived by her husband of 42 years, Charles Baker, at their home; her children Tom (Nikki) Baker, Moscow, Idaho; Amalia Baker (David Hendrickson), Sequim; Daniel (Hannah) Baker, Moscow, Idaho; and Emilie Baker (Jake Scott), Port Townsend; her seven grandchildren (and two more on the way) Everlee, Keira, and Elijah Baker; Leia and River Baker Hendrickson; Elizabeth Baker; and Valerie Baker Scott. She is also survived by her mother Joan French and all 13 of her brothers and sisters. She is preceded in death by her grandparents, Fred and Mabel French of Selah, Gerry and Frances St. Martin of Yakima, her father Kay French of Moscow and a niece, Whitney Baker, of Spokane.

Patty was married to Charlie Baker, son of Anita Baker & the late Tom Baker of Waitsburg.

Graveside services for Patty were held on Thursday October 8, 2020 at the Quilcene City Cemetery. Many family members & friends were able to watch live from home via Zoom.