Nothing says Autumn like pumpkins, especially those grown with a purpose. 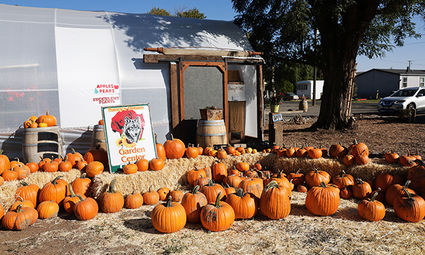 WAITSBURG—Schulke Family Pumpkins have made their way back to Waitsburg for another year of fundraising for the Ronald McDonald House.

The by-donation fundraiser is the Schulke family’s way of honoring their son, Cooper, who passed away in 2002 after a valiant fight against a brain tumor. Cooper was just seven and a half years old.

In 2007, Cooper’s siblings, Emerson and Campbell, came up with the idea of selling pumpkins to raise money for the Ronald McDonald House, a place that became a ‘home away from home’ for more than three months during Cooper’s fight. The family starte...