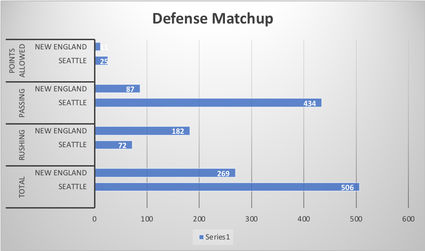 In week two, the Seahawks will host the New England Patriots on Sunday Night Football. The nationally televised game is at 5:20 PM on NBC. The Patriots have had some roster changes; the biggest is new quarterback Cam Newton, who takes over for Tom Brady, who now plays for Tampa Bay. Cam Newton missed all but two games last year with the Carolina Panthers with a foot injury. He looked fine last week in New England’s win over the Miami Dolphins, completing fifteen of his nineteen passes for one hundred and fifty-five yards. Newton also rushed for seventy-five yards and two touchdowns.