Liberty Theater to produce 'A Christmas Carol' as winter musical 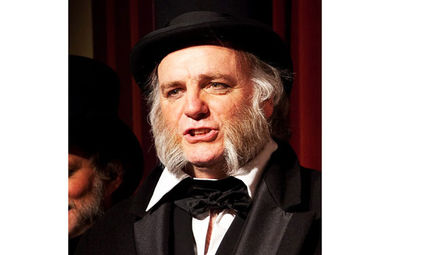 Dr. Kyle Terry as Scrooge in the 2011 production.

DAYTON-Liberty Theater Manager Mike Ferrians announced a change in the programming for the Winter musical, it will be A Christmas Carol, a reprise of their original production from 2011. The originally announced production of The Sound of Music will not take place. This version of A Christmas Carol was developed for the stage from the Charles Dickens book by Mike Ferrians and Brenda Henderson. The play is scheduled to run from November 12 through December 5, 2020.

Ferrians said, "In light of changing plans and extenuating circumstances due to the unprecedented situation this year, this show...