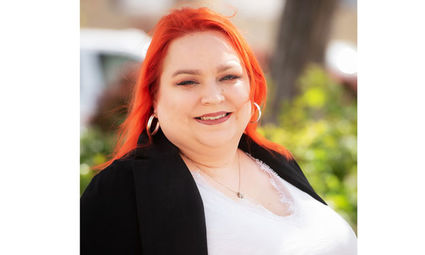 PASCO-Carly Coburn of Pasco, WA announced on Thursday, April 30th that she will be running as a Democrat for the 16th Legislative District, position 2, currently held by Representative Skyler Rude. Coburn is a community leader with a history of serving and standing up for marginalized residents of the 16th LD.

Coburn first moved to Eastern Washington in 2014 to College Place and moved to Pasco in September of 2015. She has been married for 11 years, and has an adorable chihuahua named Mimi, and a balcony garden she loves to spend time in. She chairs two Tri-Cities local non-profits, works with a volunteer collective for a  Mutual Aid project, and is currently working for United Way of Benton and Franklin Counties, on temporary assignment as a Census Educator. Coburn also spends many hours volunteering for Local Political Organizations (LPOs).

Coburn believes that those elected to office are meant to represent and be a voice for those in their district. She said, "Being involved in the community I see where the needs of many are being overridden by the wants of just a few. I want to help raise up those in the 16th; better access to healthcare, better access to housing, and better access and resources for my fellow disabled siblings. I respectfully ask for your vote so I can show Olympia the indomitable spirit of Eastern Washington and the 16th Legislative District."