By Editorial Board
the Times

What is the Florida-Arizona plan, and how will it affect the Mariners? 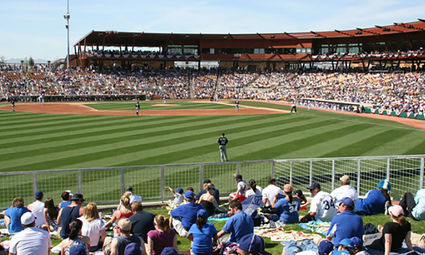 Camelback Ranch in Glendale, Ariz. is the home of the Los Angeles Dodgers and Chicago White Sox spring training teams and may be a site for the proposed Florida-Arizona plan to hold a major League Baseball season during the COVID-19 pandemic.

If we get professional baseball this summer, it is going to look very different from seasons past. A few things are known. There will be fewer games than the standard 162 game season. Doubleheaders will be scheduled into the plan instead of just being used as a way to make up rainouts. The designated hitter will likely be used by all teams and games will be played without fans.

As reported in USA Today on April 10, one of the plans being considered by Major League Baseball (according to a high-ranking official speaking on the condition of anonymity,) is something called the Florida-Arizona...