Waitsburg and Dayton safely honor Class of 2020 amid pandemic 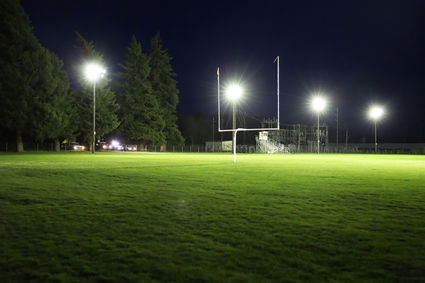 Waitsburg School District honored the Waitsburg High School Class of 2020 with a 'Be The Light' display at the school football field on Friday, April 10 at 8:20 p.m. for 20 minutes. The scoreboard display read 20:20 and students parked alongside the field while community members stopped their cars and honked in support.

There is not much one can control during a pandemic. Many people have lost something 'normal' during these times, but the Class of 2020 has lost the last few months of their senior year. Community members around the nation are banding together and thinking of creative ways to honor students in their final year of high school.

Social media has served as a great rallying platform for Class of 2020 parents from all over. A little over a week ago, a 'Be the Light' movement emerged on Facebook. Last Friday, Waitsburg School District joined the movement and lit up the football field at 8:20 pm for 20 minutes. In military time, it reads 20:20. Senior students parked alongside the field, while community members stopped their cars and honked in support.

In Waitsburg, senior class advisor Matthew Wyatt has been working with the community to raise money to purchase banners that will line Main Street. The money, nearly $2,000, was raised within days of Wyatt posting his request on his Facebook page. Wyatt has been working closely with Walla Walla's Integrity Design to create 14 double-sided banners (to feature one senior on each side), which include the student's senior photos. Wyatt is working on collecting all of the senior's photos and getting them to the printer.

If your Senior student has not emailed a photo in, please send them to matt@waitsburgchristianchurch.org.

In Dayton, parents and community members are lifting their senior students up, joining in the nationwide honors.

Bette Lou Crothers and Scott Kirk are leading the effort to line Dayton's Main Street with Class of 2020 banners. The goal is to produce 7-foot, double sided banners that will include photos of each senior at Dayton High School. Crothers hopes to have the banners up no later than May and will leave them up for the remainder of the summer. At the end of the summer, banners will be gifted to the students.

Scott Kirk Photography will take senior pictures, free of charge, for any seniors who have not had a chance to take their photos. Kirk is working on collecting all the necessary photos as well as getting release forms from the senior students' parents.

Crothers estimated that they still need to raise $2,000 to pay for the banners. Donations for the Dayton Class of 2020 banners can be delivered to the Dayton Chamber of Commerce, or to Chamber Manager Molly Weatherill-Tate, who can take donations over the phone at (509) 382-4825.