Musical numbers from the theater's history sure to recall good times 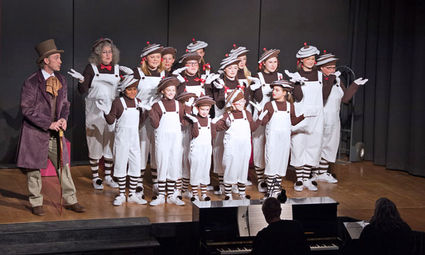 Dayton's Liberty Theater and the Touchet Valley Arts Council (TVAC) presents Memories the 2020 Variety Show on Friday, March 20 and Saturday, March 21 at 7 p.m. and on Sunday, March 22 at 3 p.m. Tickets are available at libertytheater.org.

This dynamic event will feature musical numbers from 18 of the Theater's previous shows, with performers young and not quite so young, including eight-year-old Kayla Kuykendall and veteran performer Jack McCaw, a spritely 93.

The show this year is being co-directed by Peggy James and her daughter Cara James, with Peggy recreating her character "Queenie"...