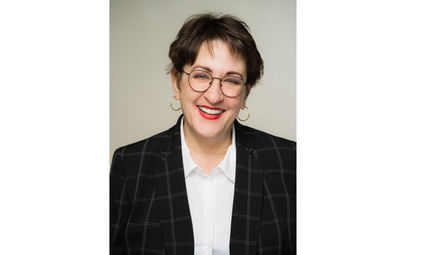 She attended Washington State University, graduating with a Bachelor of Science Degree in Nursing in 1983.

After graduation, Frances spent the next 10 years working in direct patient care settings. Her career in nursing has been fundamental to who she is, how she relates to people and how she solves problems. Health care and agriculture will be two of the important issues at the heart of the campaign.

She and her siblings were raised on a farm in Touchet, where she completed her primary education. Frances married Ron Kammer in 1990. She is stepmom to Ron's two children, Toby and Reena, and together she and Ron have two daughters, Margaret and Camille. Frances and Ron have four beautiful grandchildren.

In 1993, Frances and Ron returned to Walla Walla to be closer to her family and to raise their kids here. She continued her career in health care at Providence St. Mary Medical Center as a clinical nurse leader for 22 years and quality analyst for four years (a position she currently maintains). She has served on the St. Mary Community Ministry Board since 2015. Frances served three years on the City of Walla Walla Bicycle Pedestrian Advisory Council, has volunteered her time at the warming center and as a lector at St. Patrick's Catholic Church.

"I am thrilled that Frances Chvatal is running for the state house seat, because she brings with her a wealth of experience on a topic – health care – that is so critically important to so many people in this district. Her thoughtfulness, her knowledge of our area and its needs, and her passion for public service are all tremendously important for bringing our region into the 21st century and she will be a wonderful delegate for us when she is in Olympia," said Everett Maroon, chair 16th LD Democrats.