Saturday night felt like the Dayton-Waitsburg girls basketball team took a big leap forward despite a setback to the visiting White Swan Cougars 64-39.

Oftentimes this season things have gotten away from D-W early, Saturday was different. The team stayed close for the entire first half after a 9-6 deficit after one quarter they were still in it at the intermission 20-15. One of the huge differences was the existence of a defined team unity.

"Our team has come a long way and we will continue to work and get better each game," Junior Forward Sadie Seney said. Seney finished with eight points and 13 rebounds.

Seney set the tone for Dayton-Waitsburg after the team won the tipoff, she put back up her own miss and was fouled 30 seconds into the game that got the crowd excited. Although after that it quickly looked like things might go from good to bad with multiple missed shots and turnovers. Buckets by Sophomore forward Megan Forney and Freshman forward Claudia Benavides closed out the quarter on a positive note. Benavides finished with 16 points for D-W.

"I feel we played a lot better as a team tonight," Forney said. "We moved the ball a lot smoother."

Both Forney and Benavides came alive again in the fourth quarter as Forney put back her own missed shot and sunk a free throw. Benavides scored eight points on four baskets including an impressive bank shot over a defender with three minutes left in the game.

"We played a tough game against White Swan with just one let down in the fourth quarter," Head Coach Tamira Culley said. "We need to take care of the ball for four quarters. I'm extremely proud of the girls. Tonight they played as a team and fought hard."

Dayton-Waitsburg (0-4 league, 0-10) played at Columbia Burbank on Tuesday Jan. 14 and will host Walla Walla Valley Academy at the Waitsburg gym at 6 p.m. tonight.

Additionally, the girls' game with Liberty Christian has been rescheduled for Wednesday Jan. 29 at Waitsburg at 6 p.m. 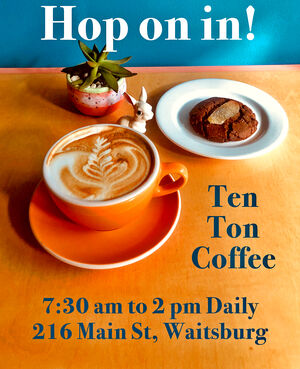