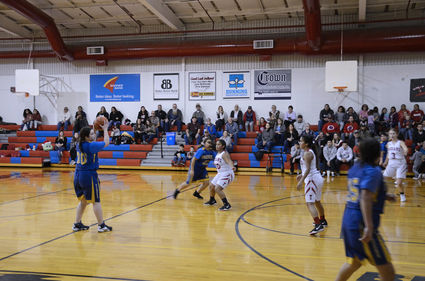 PRESCOTT- The Prescott girls JV basketball team improved to 3-1 on the year with a split this week. On Wednesday December 18th, they hosted College Place and won 39-37. Angeles Ayala had 12 points and Jena Rowlette led the team with 15.

On Friday, December 20th they traveled to Touchet. This game did not go as well, as Prescott fell behind early with Touchet starting the game with a 17-0 run before Prescott's first basket of the game. Prescott tried to mount a comeback in the 2nd half, but were out rebounded and had trouble getting off good shots. They lost 50-17 making this their only loss of the year. Their next game after the holiday break is on January 4th in Prescott against Oakesdale.