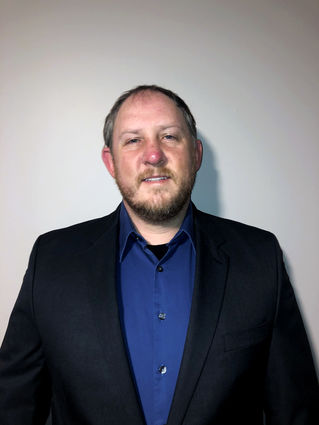 DAYTON-At their regular Board meeting last week, Superintendent Doug Johnson discussed the progress of facilities improvements, gave a short Capital Project update, discussed the Athletic Combine and talked about the District's search for a Teacher on Special Assignment.

Johnson said he was asked to speak at last week's Comprehensive Economic Development Strategy meeting, because supporting the District in upgrading and maintaining school facilities has been a goal for community stakeholders.

"I reported to them on the projects we have completed using the levy funds that we have collected thanks to the 2015-16 Capital Projects Levy," he said.

He said a couple of the projects need to be done sooner rather than later.

The elementary covered playground roof is only halfway finished, and the exterior doors and wall needs to be upgraded at the high school gym.

Those projects are not budgeted for. The District would have to use existing dollars, or take out a loan, in order to complete the roofing next spring or summer.

He said the roof in the playground area was inspected by a roofing company and information from that was used to write a state grant application which was denied.

The cost for replacing the roof is $45,000, including taxes, and the work comes with a ten-year warranty.

The District might have to take out a loan in order to complete the roofing next spring or summer, he said.

Also, the locking mechanisms that are part of the crash bar on eight entry doors at the high school gym are wearing out faster than anticipated.

It would cost about $2,000 to replace the crash bar unit and the lock mechanism.

There is a strong consideration for replacing the entire front glass entry way with a solid wall and only four or six entry doors. The framing around the doors and glass are in bad shape. Johnson said.

In February, the District will ask voters to approve the Educational Programs and Operations levy to help pay for a study of the Elementary building electrical system and AC/ventilation and controls infrastructure.

"It's likely that change is going to have to be made in how that electricity will be distributed in the building," Johnson said.

The capacity exists to bring more power from the poles into the building, but the boxes need to be upgraded and wires pulled to the classrooms. The power panel in the building is about 60 years old.

Finding a workable solution for improving air conditioning and ventilation will be part of the study, he said.

Many of the Capital Projects have already been completed, including the replacement of the asphalt on the playground and at the bus loading zone, replacement of the three heating system boilers, a control system upgrade, completion of the telephone system, speakers and strobes, and completion of roofing repair on the flat and sloped portion of the high school building.

Projects still on the table include; roof replacements at the shops and bus garage, continued upgrade of the surveillance cameras, replacement of the irrigation system at the athletic complex and main campus and completion of the exterior doors.

The District has decided to add a new person to the administrative team and hopes to "grow" its own principal.

By hiring a Teacher on Special Assignment, the District hopes to encourage a teacher to obtain their administrative credentials, and keep him or her employed as a principal in the Dayton School District, rather than hiring a principal from outside and losing that person to another school district in a few years.

Johnson encouraged the Board of Directors to wait until the new school superintendent is hired, so that person can have input into the selection of a Teacher on Special Assignment.

Superintendent Johnson is the elementary principal for this school year.

He said the elementary students have been busy with Christmas Candygrams, and a Sing-A-Long. They also had fun with painting in the library.

"There is some decent artistic talent among those students," he said. "So that was fun."

MS/HS Principal Kristina Brown said one of the goals she has had is for the ASB to find a way to involve all students in extracurricular activities, and some of them are now attending Teen Night at the Club.

Students are also making ornaments for Christmas. They will have a lip sync contest with school staff at an assembly, and the staff are planning to lip sync to the "Twelve Days of Christmas".

Brown said the ASB is thinking about having a Kindness Month, or Kindness Week, in January.

At last week's meeting, the Board of Directors approved the Athletic Combine Committee recommendation to continue the combine with Waitsburg, in its present form, indefinitely.

They approved a job posting for the position of Teacher on Special Assignment.

They also approved policies regarding; the regulation of dangerous weapons on school premises, the use of tobacco, nicotine products and delivery devices, rental or lease of real property, and a policy concerning family, medical and maternity leave.