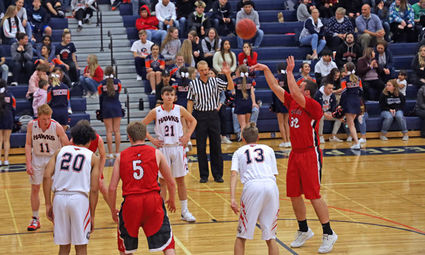 Boys high school basketball kicked off the season in the area with the Dayton-Waitsburg High School's team's first home game of the year. Instead of good tidings, the Mac-Hi Pioneers arrived in a grinch-like mood and left town with a 46-33 victory.

Dayton-Waitsburg dropped two other games last week, 78-56 to College Place and a close loss 59-48 at St.John-Endicott/LaCrosse.

Despite losses against bigger schools, Coach Roy Ramirez felt the team is going to be fine as the season goes along.

"It was just a matter of not shooting the ball well in both games (Thursday and Saturday)," he said. "O...