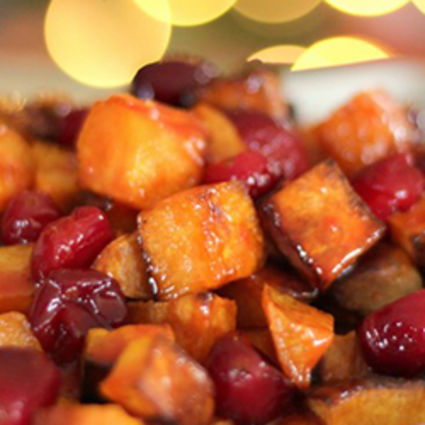 Does your Thanksgiving always include sweet potatoes? Is it the recipe with the marshmallows on top?

This sounds really good. I read the reviews and I’m glad I did. It was given a 5 star which is as good as it gets.

First, the recipe says to bake the sweet potatoes and split them like a baked potato, then put the sauce on it. Most of the reviews said they cut them into cubes, and then baked them, and add the sauce.

Second, the recipe called for a ¼ cup of Crisco. Most if not all said they used butter.

I’m going to try to make it for Thanksgiving, but I already have a request for pies...