Mary Poppins delights with a cast of community 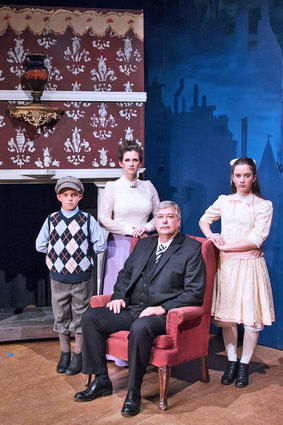 Well, the bar has certainly been set high for any future productions at the Liberty Theater. My attendance at Mary Poppins this past Friday night, was my first at Dayton's Main Street theater, and what a production it was!

The cast featured 59 actors with an extraordinary range, from the young man with the big, big voice, Carter Barron, who played Michael Banks, to Walla Walla resident Janine Wheeler who sparkled as the nanny, Mary Poppins. With music and lyrics by Richard M. Sherman and Robert B. Sherman, based on the P.L. Travers book, this rendition also includes new songs and additiona...