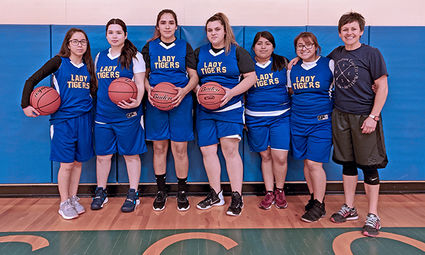 PRESCOTT-Monday, November 11th was the first practice for the Prescott boys and girls basketball teams. Coach Allyn Griffin (boys) and coach Tiffany Headman (girls) held a combined practice. There are no major rule changes for the upcoming season. Advancing to district playoffs will likely require a top four finish in league standings again this year.

The girls team has seven students this year and are trying to encourage more girls to come out. They lost 5 seniors off of last year's team. Their first game will be against Dayton at Dayton on Tuesday December 10th. The boys team has ten stud...