Two candidates up for Waitsburg School Board position

Pam Chapman and Randy Hinchliffe vie for the four-year term 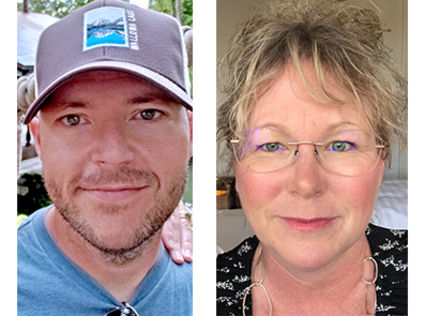 Randy Hinchliffe is relatively new to the Waitsburg School Board having joined in fall 2018 when Board member Russ Knopp moved to Walla Walla. The father of two boys, he is married to Stephanie Hinchliffe who is a 2nd grade teacher with the district. Hinchliffe has been Waitsburg's City Administrator since 2004, and like his wife, is a graduate of Washington State University.

Hinchliffe hopes to continue "helping out where I can," and feels that "with my background as city administrator I can help because I understand a lot of the legislative processes that the average person doesn't understand." He said. He supports the newly formed athletic combine between Dayton and Waitsburg, saying "the kids really like it." He feels the district is in pretty good shape financially but cautions that it may run into more facilities issues due to limited staff.

Pam Chapman has entered the race for School Board commissioner opposite current Board member Randy Hinchliffe. A resident of Waitsburg for four years, Pam keeps active assisting her daughter Jessica Bannerman with her business Ju's Traveling Pages, the bookstore and screen-printing operation on Main Street.

Although she has not attended school board meetings in the past, she did participate in the process for selecting the new superintendent this year. Issues she is concerned about include enrollment and budget management. In an interview she wondered; "How can Waitsburg support increased enrollment – why do students leave? I want to try to tackle those reasons. If kids are going to Wa-Hi because they have more classes to choose from, what are they offering that we aren't?" She is also interested in partnering with Dayton and Prescott School Districts to possibly share a music or home-ec teacher as a way to provide those services at an affordable cost. Chapman is a graduate of Walla Walla High School and has attended college. She has two adult daughters and three grandchildren.