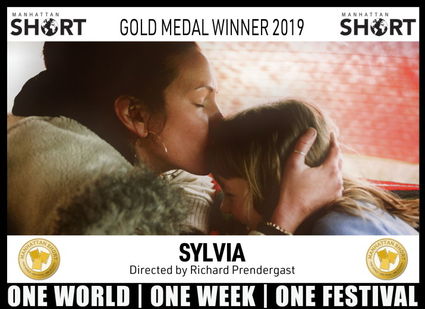 Sylvia, written and directed by Richard Prendergast of the United Kingdom, is the Gold Medal Winner of the 2019 Manhattan Short Film Festival. Sylvia is the fact-based story of the deep meaning one car had to a family, a tale that resonated with viewers around the world. Nefta Football Club, directed by Yves Piat of France, won the Silver Medal for its hilarious depiction of a cocaine smuggling operation gone wrong. This Time Away, written and directed Magali Barbe, also of the UK, wins the Bronze Medal for its story of an aging...