Batman (Adam West) exhibit is topic of Museum After Hours 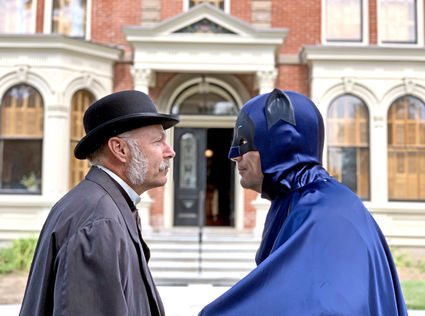 WALLA WALLA-They were separated by decades in life but have come together in a permanent exhibit at the Kirkman House Museum. A special presentation on how Adam West and Batman influenced the exhibit honoring one of Walla Walla's best-known sons will take place at the Fort Walla Walla Museum, 755 Myra Road, on Thurs., Aug. 29 at 5 p.m.

Johnathan Grant, who often portrays Batman at various events, has loaned most of the items on display in the Adam West Exhibit at the Kirkman House Museum. He got to know West through his job at the Marcus Whitman Hotel and grew to respect and admire the a...