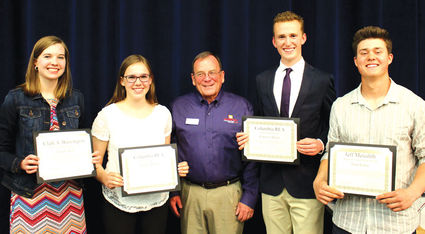 Jennifer Warren (2nd from left) was awarded a $1,000 scholarship from CREA at their annual meeting last month. 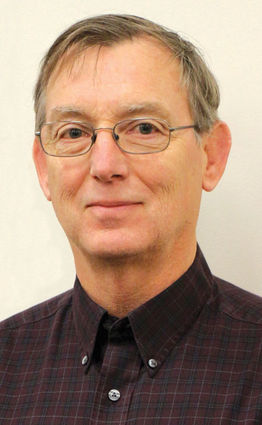 Neil Carpenter was elected to the board to represent District 3.

New board member, Neil Carpenter of Waitsburg, was elected to represent District 3, while Greg Knowles of Walla Walla (Dist. 1), and Vic Parks of Burgank (Dist. 2) were each re-elected. According to a CREA news release, a record number of ballots were cast in the election, with 650 members voting.

Jennifer Warren, of Dayton, received one of three academic scholarships awarded by CREA to members or their dependents, each year. The $1,000 award is renewable, annually.

Warren is a senior at Dayton High School. She plans to attend Washington State University to pursue a degree in animal science with a minor in business. She is the daughter of Bill and Kristine Warren.