By Ken Graham
The Times 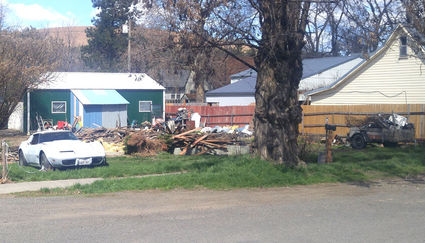 DAYTON – The City of Dayton has filed suit in Columbia County Superior Court, asking the court to declare the property at 119 E. Commercial Street in Dayton a public nuisance.

The property, which is owned by George "Bill" Waltermire, is the site of a house that partially burned on July 15, 2015. The standing portion of the burned structure has since been removed, but the lot is still covered with debris.

Besides the declaration of public nuisance, the city is also asking the court for a warrant of abatement, which would allow the city to hire a subcontractor to enter the property and cle...