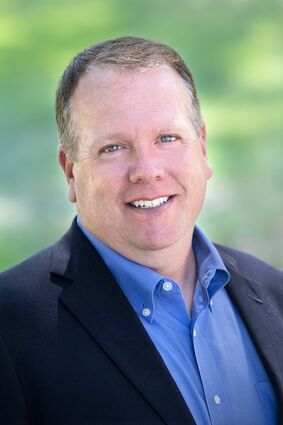 A 2022 survey of 97% of hospital beds across the state by the Washington State Hospital Association (WSHA) revealed a total loss of $1.75 billion in the first six months of 2022, of which $1.2 billion was in operations.

The report said twenty-four of thirty-two independent and rural hospitals had negative operating margins through the second quarter of the year.

McGuire said the report included Dayton General Hospital, which had a negative 11 percent operating margin through October. That number has dropped to negative 8.9 percent due to the funds from local taxation and grants.

McGuire said one contributing factor to the reduction in operating margins has been that urban hospitals have not received a Medicaid rate increase in more than 20 years, and the Washington state rate is among the lowest in the country.

McGuire said, "You cannot do it. You cannot deliver care like that and have it be high-quality care."

Commissioner Jim Kime asked what steps WSHA is taking to remedy the situation, and McGuire said a "really strong run" is anticipated to get state legislators to act. He urged the commissioners to reach out to state Rep. Joe Schmick and Sen. Patty Murray because of their committee work on health issues.

"It's helpful to continue to push for reimbursement for not only health care in general but rural health care specifically," McGuire said.

McGuire spoke about a large number of patients in hospitals throughout the state who "linger" in costly acute care settings when they should be discharged to skilled nursing facilities. The number of nursing beds in the state has been greatly reduced over the last few years.

Washington State's only Level I Trauma facility, Harborview Medical Center in Seattle, is licensed for 413 beds. Recently, 500 patients were admitted to that facility. Of those, 152 didn't need to be treated at a Level 1 Trauma Center but were admitted because skilled nursing beds couldn't be found elsewhere.

With Washington's only Level 1 Trauma facility often over capacity, Dayton General Hospital patients who needed a higher level of care were sent to Oregon's Level I Trauma Center OHSU, in Portland.

Every day, patients are "boarded" in hospital emergency rooms when in-patient rooms can't be found. Patients who are waiting for available beds in the hospital often stay longer than needed in the ER. This has the unfortunate effect of turning ER staff into Intensive Care staff, said McGuire.

Having to "board" patients in the Dayton General Hospital (DGH) ER is of particular concern to the Chief of Staff, Dr. Lewis Neace.

"What is happening in the state is also happening here," McGuire said. "When Providence increases its wages for RNs by twenty or thirty percent, we have to remain competitive."

These issues are being addressed at DGH, as well as can be expected. Adequate staffing needs are being met, even though that requires hiring more expensive agency staff, including nurses and doctors. Bed capacity is being increased. And medical claims are being processed promptly, and that will help increase the number of Days Cash on Hand, keeping the hospital doors open.

The childcare center will be constructed in Hall 1 at the Booker Rest Home. If everything goes well, McGuire thinks that the wing of the rest home can be remodeled to serve 42 infants, toddlers, and preschool-age children, up to age 6. The remodel will take place in the first quarter of 2023, and the facility should open in the second quarter of 2023.

McGuire said Ron Asmus REA LLC, the builder/owner of Rivers Walk Assisted Living, is giving the health district time to work through the licensing process for the facility and to get the residents moved into the facility before asking for the first full payment. McGuire thinks the residents can be moved before the end of the year.

The commissioners approved a resolution changing their meeting location, in January, to the conference room at Fire District 3, located at 111 Patit Rd., Dayton. In May and September, meetings will take place at the Waitsburg Town Hall at 121 Main Street, Waitsburg. All regular meetings are at 1:30 p.m. on the fourth Wednesday of each month.